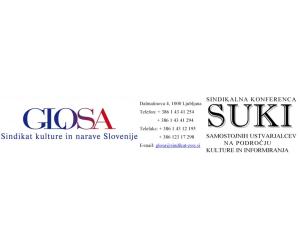 The International Federation of Actors (FIA) is a global federation of performers’ trade unions, guilds and professional associations. Founded in 1952, it represents several hundreds of thousands of performers with some 90 member organisations in more than 60 countries around the world. FIA’s main purpose is to voice the professional interests of actors (in film, television, radio, theatre and live performance), broadcast professionals, dancers, singers, variety and circus artists and others. Internationally, FIA works on any subject matter that may impact on the working lives of the professionals it represents. It advocates to improve the working conditions and advance the economic and social rights of performers, but also to campaign for the value of the cultural and creative sector in which they work. The status and recognition of the rights of self-employed cultural workers is a matter of particular concern to FIA, as recognized in this resolution of the Federation passed at our most recent World Congress:

There is an ongoing increase in the number of performing artists working on a freelance or independent basis, an employment status that may be imposed rather than freely chosen by the artist. This status may often be a source of discrimination for them in comparison to those other artists that are actually “employed” by the management – and one that is often questionable, especially in view of the fact that they are often subject to the same subordinate relationship as workers on an employment contract;

This is often the rule in the audiovisual sector, where short-term employment is most widespread and the management’s demands for high levels of flexibility are particularly strong. It is a growing trend generally, as there is a strong shift towards project-based ways of working in the cultural sector;

This has a major impact on access to social security, pensions systems and taxation schemes. It can also exclude or make it difficult for artists to have access to occupational health services and provisions for lifelong learning. Despite the fact that they are mainly responsible for their own social security and tax contributions and that they have no job security of any kind, self-employed artists are often inadequately rewarded for their work. As a result, many selfemployed performers cannot afford to pay into private social security schemes and are unprotected when they incur injuries and illnesses, or when they face retirement;

In many countries, self-employed performers (frequently referred to as “freelancers”, despite the different meaning sometimes attached to this definition) are denied the right to organize into trade unions and to bargain for minimum terms and conditions of employment, as this is deemed to be “anti-competitive” behaviour and they are not considered to be “workers”;

The needs of self-employed performers call for particular consideration with the wider framework of FIA’s work on ensuring access to core labour rights for performers in general.

The 20th Congress of the International Federation of Actors resolves:

To continue to be a united and global voice for the recognition of performers as workers in countries where they are not considered as such;

We are sending you this resolution for your consideration in light of the ongoing work of your government to identify ways to ensure better conditions for self-employed artists working in Slovenia. Slovenia can show leadership in this area with its work to ensure decent minimums for self-employed artists through the medium of a collective bargaining agreement between the Ministry and trade union GLOSA, recognizing their status as workers. We strongly urge you to maintain this goal and in doing so to support and improve work in the creative sector. It can potentially prove an excellent tool to improve the status and standards of self-employed workers in Slovenian culture. It is vital that  the rights of self-employed and freelance artists be upheld, strengthening their working relationships and allowing enjoyment of basic workers’ rights such as the right to join a trade union and participate in collective bargaining.

FIA, together with the International Arts and Entertainment Alliance (IAEA), will hold an international seminar in Ljubljana in 2015 on collective bargaining for self-employed workers, as part of an EU-funded project on reaching out to atypical workers. We very much hope to be able to showcase good practice from Slovenia at this event, which we will be pleased to invite your representatives to attend.

We remain at your full disposal for any further discussion or exchanges on this vital issue.